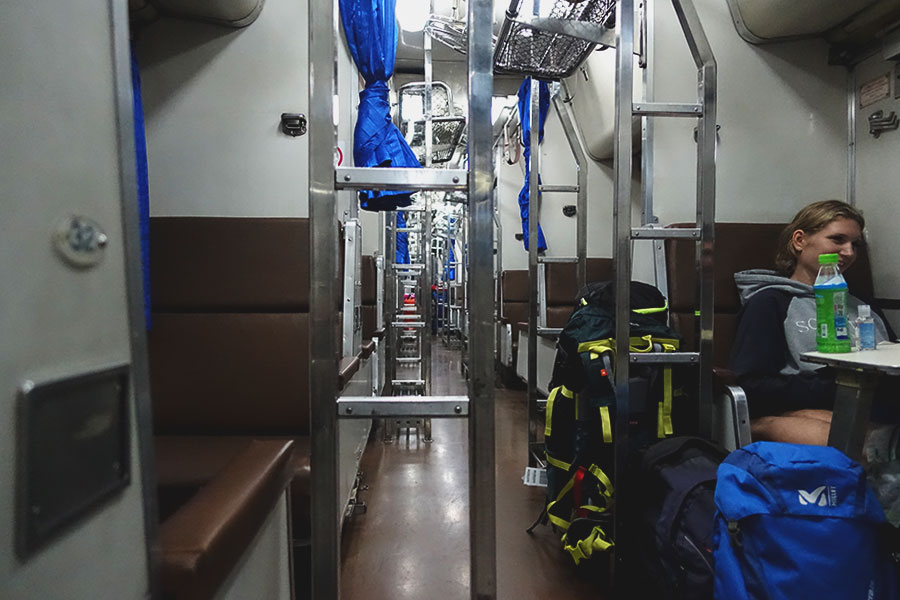 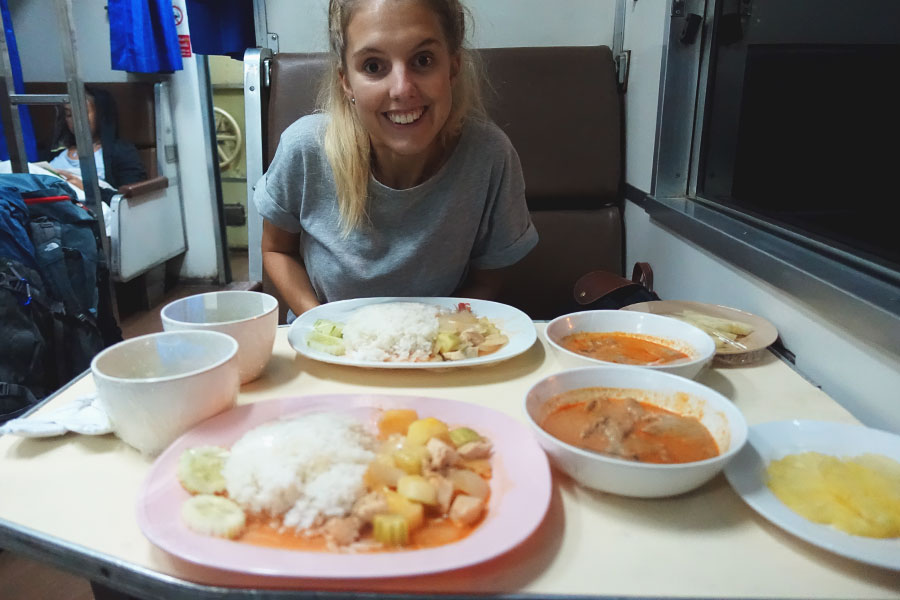 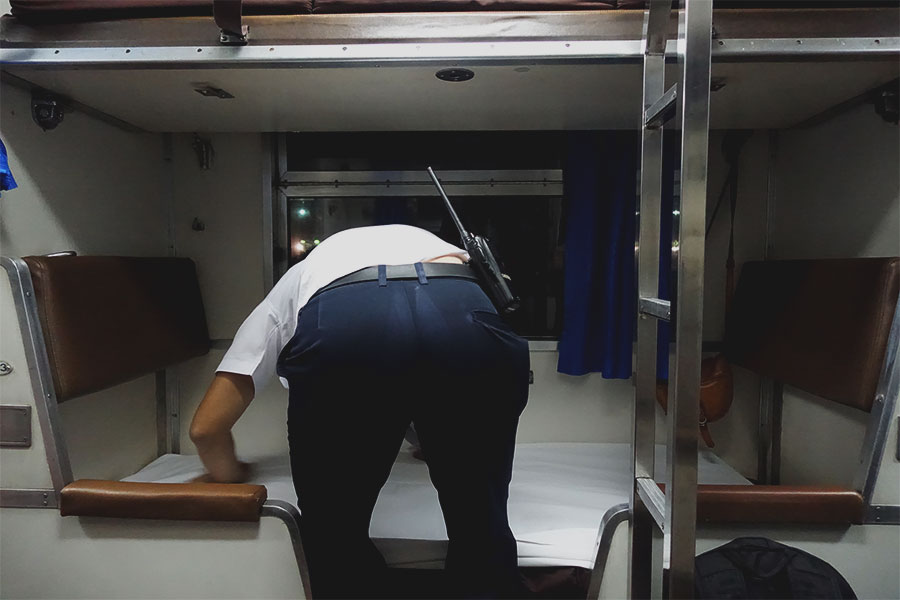 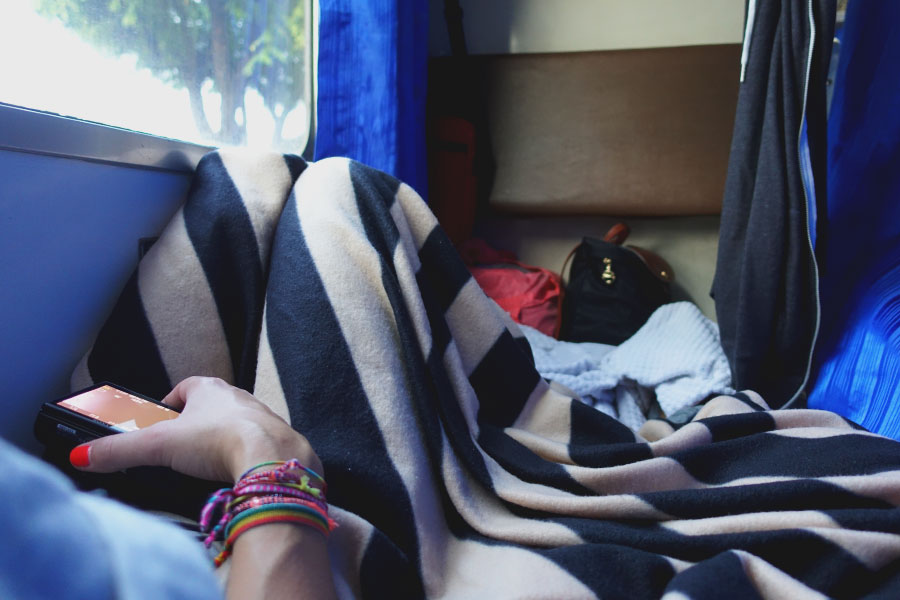 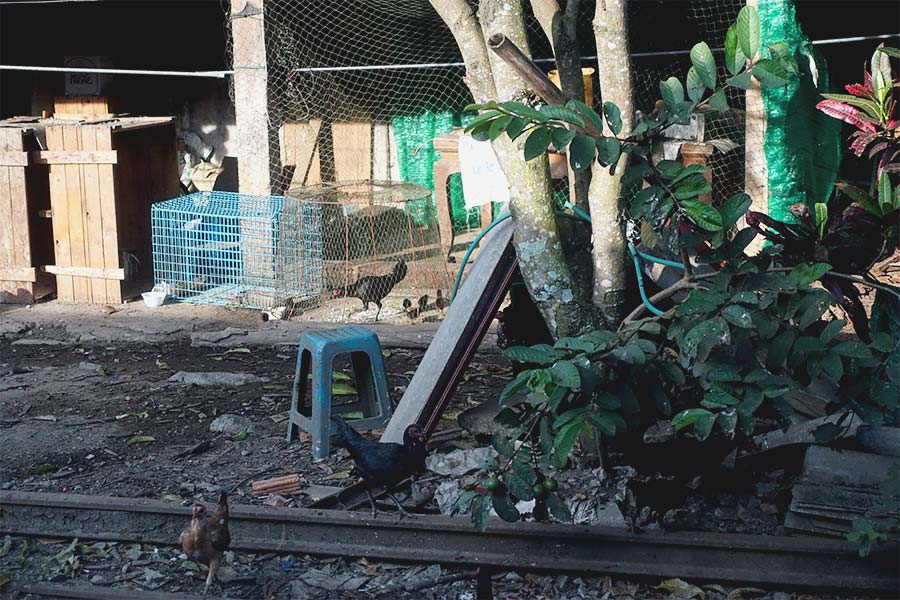 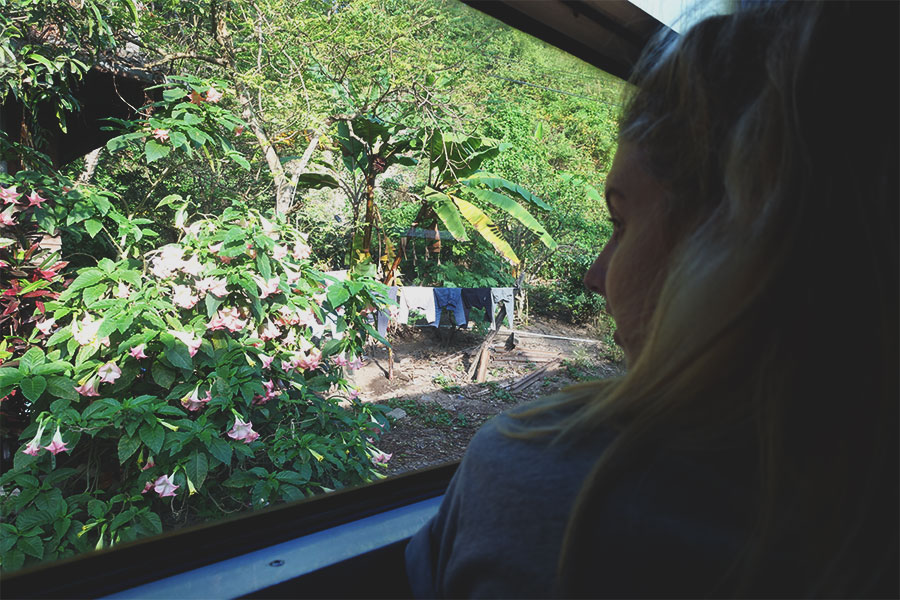 There are two sleeper trains from Bangkok to Chiang Mai that depart every evening. We chose the later one — as do many others — purely for it’s slower service.

That’s right. In an air conditioned carriage with our seats-that-transform-into-bunk-beds beds (and after eating a suspicious looking Sweet & Sour Chicken and Thai Red Curry with an unidentified meat) we settled down for the 14 hour train journey. It may seem counter productive to go for a slower train, but the beauty of those extra hours means that rolling into Chiang Mai we were greeted with views of northern Thailand’s rural residents and vast forestry doused in the morning sunshine.

The train ride itself was an experience not soon forgotten. We arrived at Bangkok train station — a hotbed for all the scam artists you read about everywhere. We’ve been lucky so far. We sat down for an iced tea at the station’s Black Canyon coffee shop while we waited to board. Nothing to report except for an old frail Thai man that kept staring at Charlotte and hocking spit into a cup. He also had a long white beard that made him look like a wizard.

We finally boarded the train I was surprised at the size of the seats you get, like mini leather sofas that convert into beds. The first part of the trip while the seats are still seats you’re offered food from servers walking up and down the aisle, whom we realised afterwards weren’t actually working with the train’s food carriage. It made sense of the luke-warm cling filmed dishes we were served, still, it tasted alright.

Charlotte and I were saying before the trip that the best case scenario of our seat neighbours were a similar aged travelling couple and the worst case scenario would basically resemble the coffee shop wizard… well we must have done something right as we were seated next to a similar aged Canadian couple — really nice people and the first lengthy English-spoken conversation we’ve had since we arrived.

Everyone had settled in, eaten and the guy who converts seats to beds (let’s call him the Bunk Master) was coming round converting the seats to beds.

If you ever get this train — pay the extra for the lower bunk and also bring a hoody or something because the AC is on overdrive.

I shared the bottom bunk with Charlotte for a bit while we hung out. The lower bunk, once the curtain is closed is well shaded from the light and AC — I later moved up to the top bunk for some shut eye and it was like sleeping in an open-top igloo during the day; freezing cold and really bright. The curtains aren’t placed high enough so it felt like the light that lights the train was in my bunk space.

The conditions generally sound nice but I’ve got to mention — this is a Diesel chugging beast of a train with holes as toilets, bangs and snaps, chug chug chugging noises all night long. You get used to the noise, the bits that woke me up though was being thrown side to side, planning the escape route in my head for when the train topples over. Luckily that was at night and the too bunk doesn’t have a window because when we hit sunlight and I moved to the bottom bunk which does have a window, along with the beautiful sights of the locals farming, building and cleaning when we got into the forest we were riding high, like, the tips of some massive trees weren’t as high as us. The thought of toppling is bad, but the thought of toppling into a bottomless descent is worse.

Those thoughts soon departed as the sights filled my vision. The surroundings gave a sense of calmness, I could already tell it was going to be nicer than Bangkok, but maybe being in Bangkok will make us appreciate Chiang Mai more.