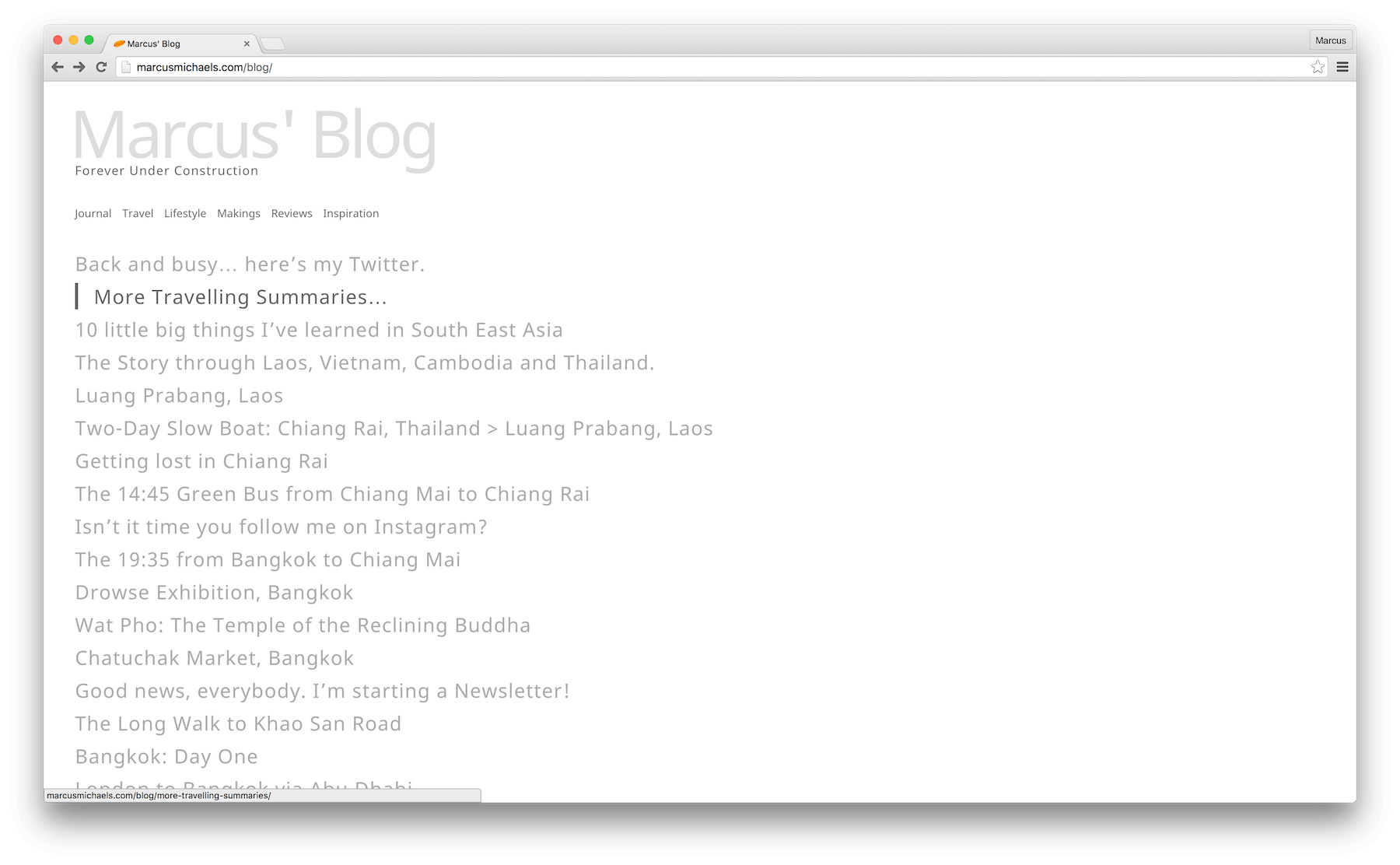 When I say “new WordPress theme” I really mean “basic stripped down version of a WordPress theme requiring only the minimum functionality and styles for it to work”.

I’ve always been an on-and-off blogger mainly due to not wanting to blog when I don’t like my theme, so my clever idea was to make this blog just about the content.

All you UX people out there will argue that I’m not maximising clickthroughs, that there’s no real thought-out user journey and maybe some aspects are clunky. I’m not going to disagree, I also don’t care. The important thing for me is that I start writing again. The styles I’ve built make posts easy to read on various devices and that’s all that really matters to me right now.

The design was a tricky one for me, as it’s a big part of my profession I strive to make everything I do look as good as it can. To some degree I’ve done that with this theme considering the restrictions I’ve put on it. It’s still early days and I’m still tweaking little bits that bug me but on the whole I can live with it.

I’d ask for feedback, but as I said above – I don’t really care right now, but obviously you can leave a comment telling me how awesome I am.