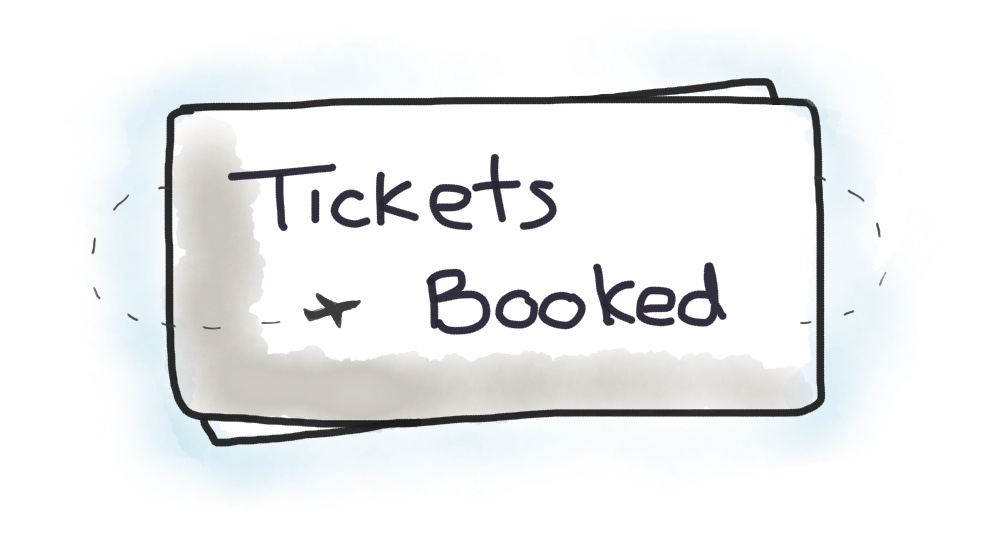 Last week I was freelancing in London and Charlotte came up to meet me for lunch. We went to EAT, got some food and made the call and officially booked our tickets to travel the world!

Charlotte did all the work (thank you!) — comparing prices, speaking to agencies and sorting out insurance. All I had to do was I fork over the cash for my ticket.

We’re leaving in November and gone for 6 months so we’ll be back in time for the British summer. Hmm, maybe we’ll go to Malta again instead – then we know it’ll be a sunny summer!

Abu Dhabi is only a 3 hour stop-over but the airport looks so awesome it’s made the list.

It doesn’t quite feel real yet. When we booked I got a surge of ‘woah, it’s happening!’ but that’s died down — probably because my mind’s focus is on Modest Industries; sorting out bookkeeping, accounts, business banking, branding, etc. On top of that I’ve had a fully booked freelancing schedule but that’s nothing to complain about.

Knowing me I’ll be sky high on a plane, it’ll sink in and I’ll be like “holy crap, it’s really happening!”.

That said – I still need to buy a backpack and actually get my travelling stuff sorted.