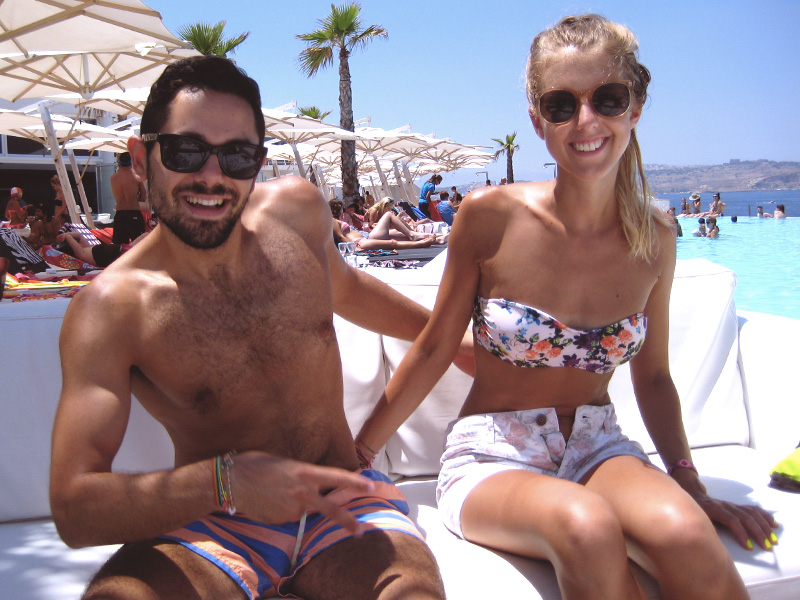 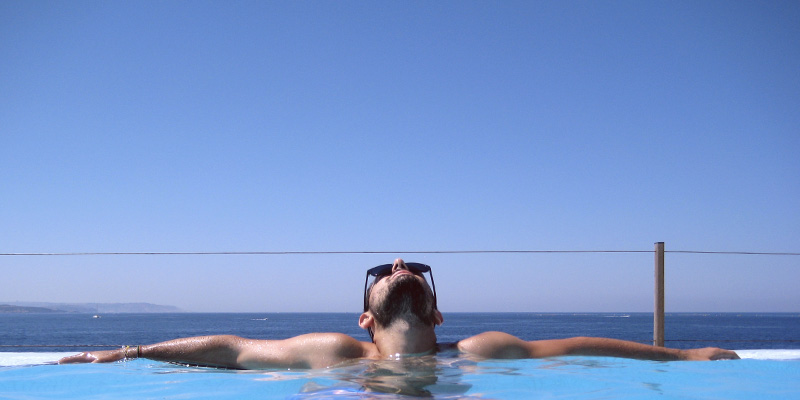 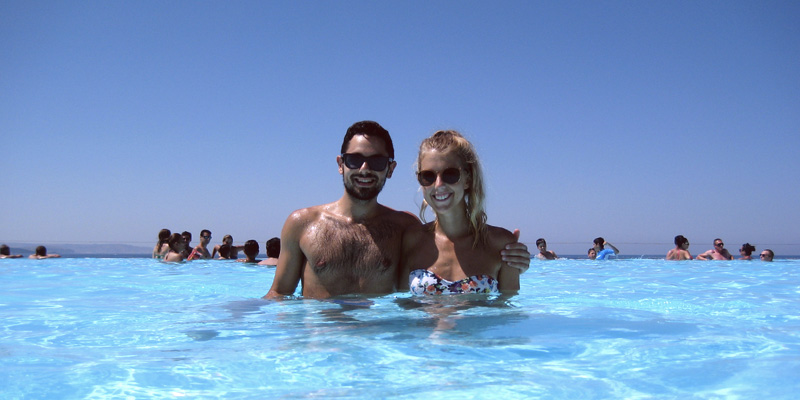 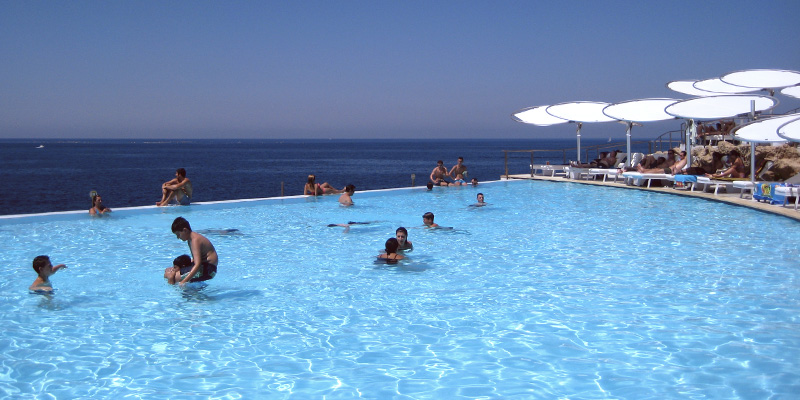 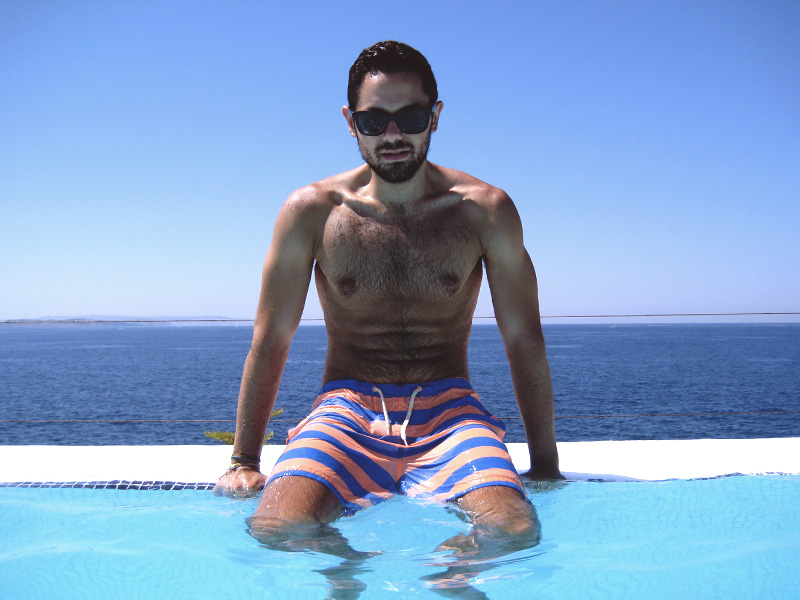 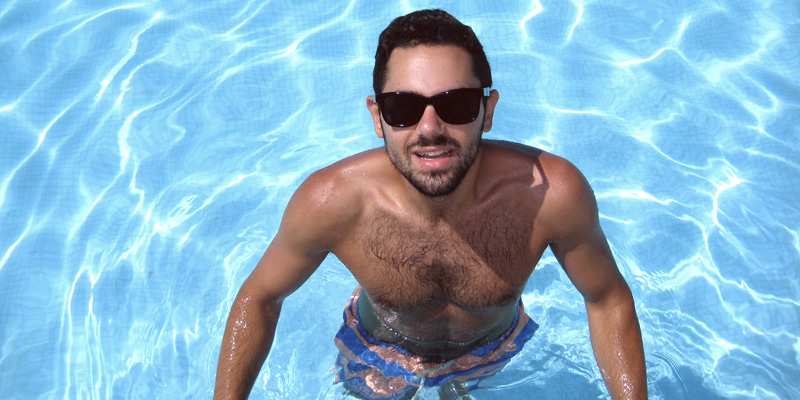 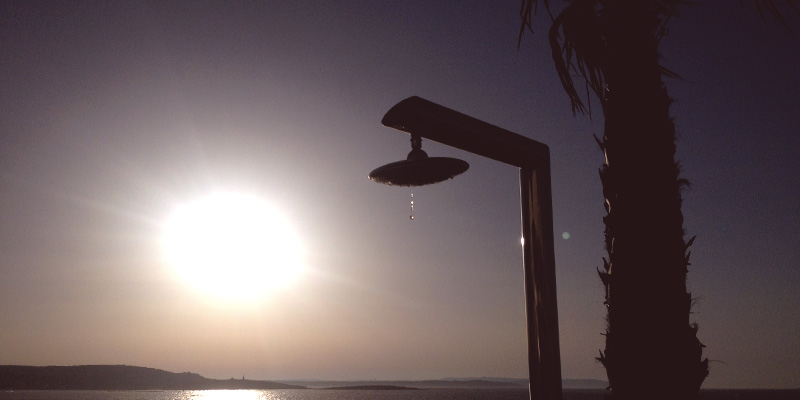 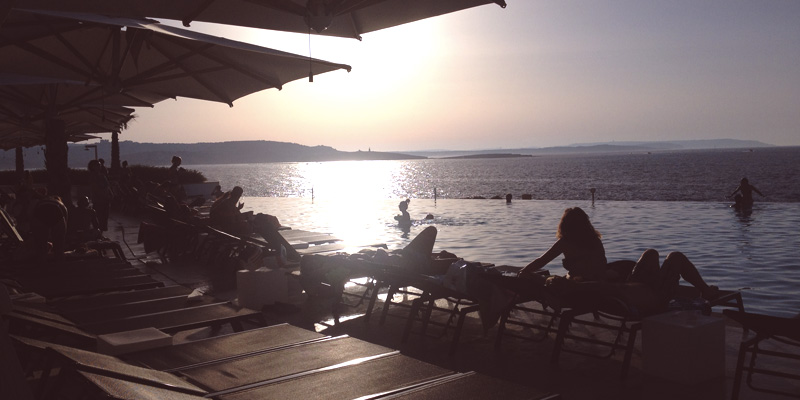 On Sunday we went to Café del Mar Malta. I didn’t realise but there are Café del Mar places located in a few other locations around the world. If their views are as nice as the one in Malta – sign me up!

During the day there are three types of sun loungers set around a beautiful infinity pool with a view overlooking the stunning Mediterranean sea with Comino and Gozo in the distance. We had the basic sun loungers, which were comfortable and definitely better than those you’d usually find on the beach, but their other ones were literal sun beds. Seriously, one was like a folding single bed and with an accompanying parasol resembling a photographers diffuser, and the third looked was a four-poster bed with a waterproof mattress. Luxurious.

There was of course a restaurant, dance floor with a DJ booth/stage and a bar, but don’t worry about getting up as there’s a pretty decent waiter/waitress service that’ll serve you while you’re soaking up the sun. We got up to eat though and the food looked really good. I ordered a Shrimp Salad. If I’m honest, I was expecting a nice refreshing salad, but when it came out it was essentially that but everything was covered is a prawn mayo type sauce. Still very tasty though but I’d probably get their hummus wrap next time like Charlotte had. That looked really good.

The pool was good. It was refreshingly cold, like, once you’re in, you’re not cold anymore, just refreshed. The best part of the pool was definitely the view which IMO is where Café del Mar really shines. Not a bad place to pop my infinity pool cherry!

The only real downside of the place was the organisation and layout of the normal sun loungers. They’re all squashed together quite tightly and it’s hard to actually sunbathe. If you moved or took down one of the parasols, because of how close everyone is, you’re likely to upset a few of the people around you. The reason for the congestion is obvious though. Mo’ beds, mo’ money – but as Biggie says; “mo’ money, mo’ problems”.

We stayed until the sun began to set (which looked amazing) and finished the day off with Gelato. Obvs. And in case you’re wondering, my awesome striped swimming trunks were from River Island.

Oh, and something that my brother told me which initially I didn’t believe; Gelato and Ice Cream are two completely different things. It’s all to do with the fat content, air and serving temperature. True story. Look it up.