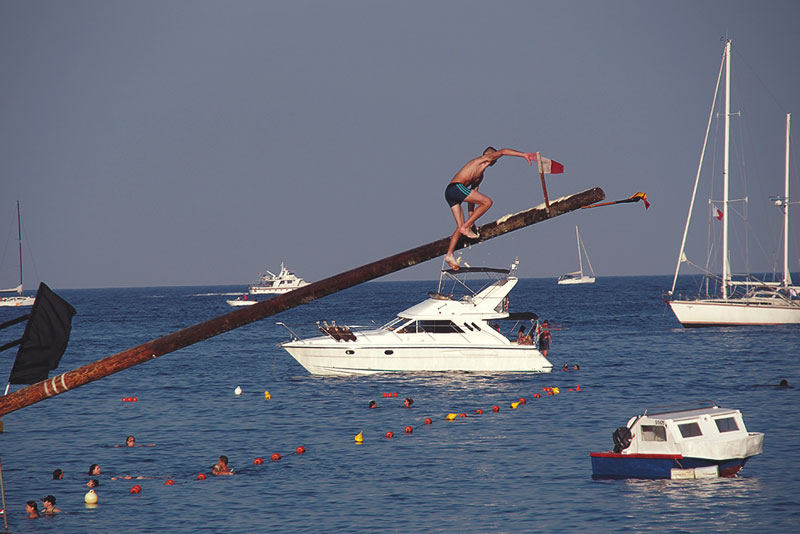 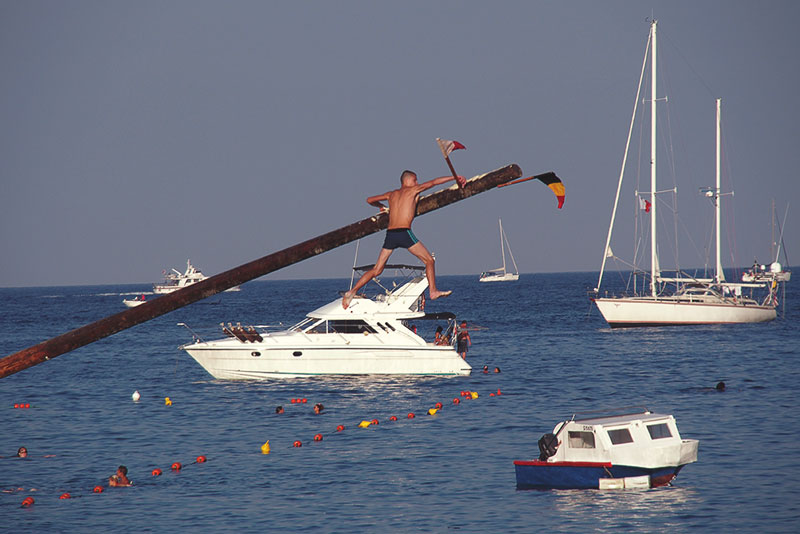 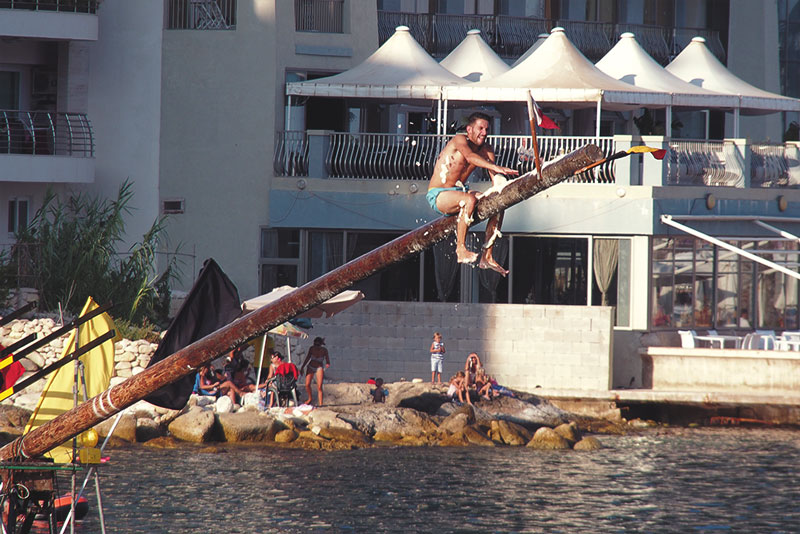 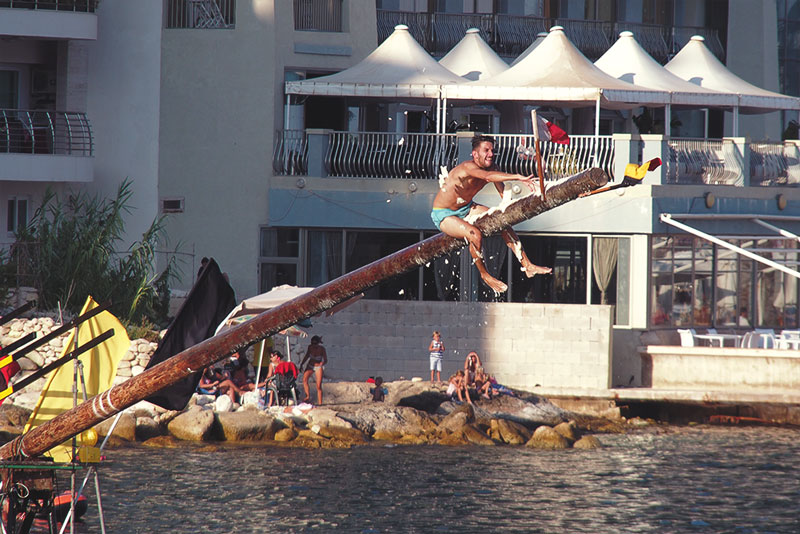 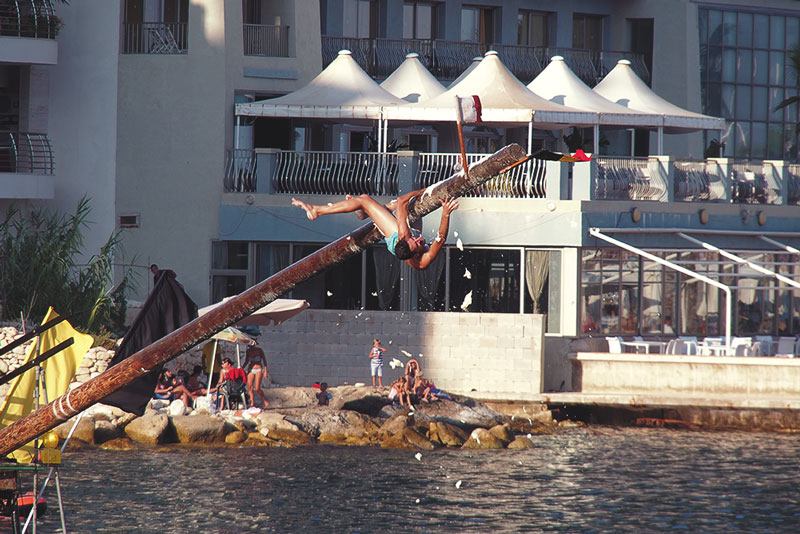 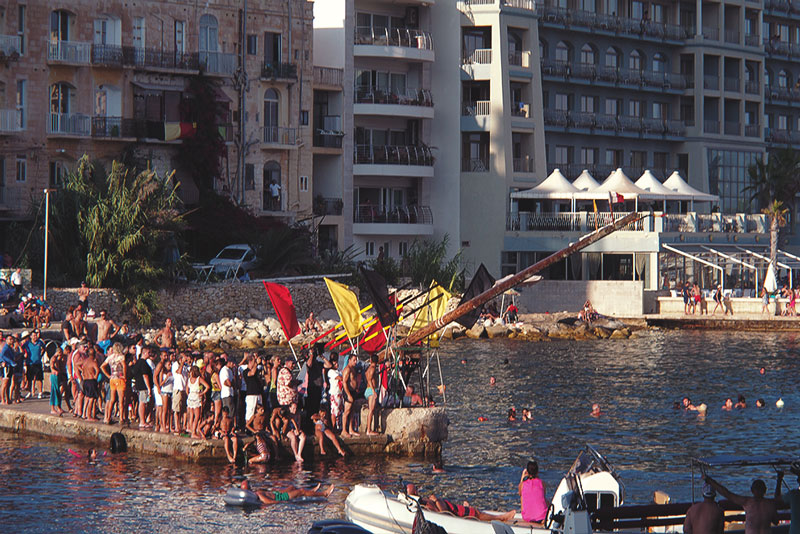 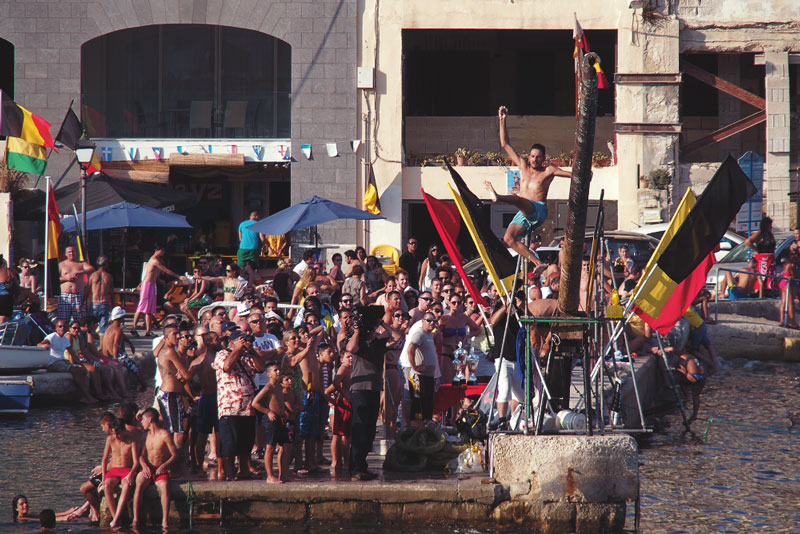 It’s awesome. The maltese game of Gostra is an age old tradition of greasing up a wooden pole with three flags attached at the end (each of religious meaning) and holding it over the sea. The aim of the game is for brave men run up the pole and (attempt) to capture the flag.

The annual tradition stems back to the Middle Ages where this used to happen all around the islands of Malta and Gozo, but now it’s only held in one place – Spinola Bay – just down the road from where we’re staying in Sliema!

When we got there both sides of the bay were packed with locals, tourists and oversized camera lenses. The people anchored up on their boats definitely had a good view, but without question the best seat (or shall I say bed!) was the guy kicking back on his Lilo floating directly under the pole. DANGGEERR ZOONNEE!

Anyway, the highlight was definitely the nut shots, though the atmosphere when someone caught a flag was pretty cool too.

Then we went and binged on a cous cous chicken wrap, doughnuts and ice-cream.