Week 3 is almost over and things are starting to come together. Week 4 will probably be manic while I try and get all the loose ends tied up before the soft launch. Here’s a run down of the past week.

They arrived and as excited as I was, they were printed off-centre. There’s usually a 2mm error threshold with printed jobs but this was so off-centre that it looked terrible so I requested a refund which was credited to my MOO.com account. I ordered another set.

The card stock is beautifully thick, the gold foiling is a really nice subtle touch, though for smaller details it bleeds a bit too much. I’m hoping my new ones are better aligned so I can give them out proudly. Credit where credit is due however, MOO does have some fantastic customer service.

This is the big one. It’s coming along nicely – I built all the pages as static HTML and then gave them a dynamic header and footer with PHP. Eventually I’ll build it out into a full on WordPress theme and use that as the CMS but for now I don’t need to as it works, is fast and I have control over every pixel. I’ve also built the contact form that people can use to send the company enquiry emails, which is nice. In case your’e wondering how I’m viewing the PHP files, I use MAMP for my local server (it’s how I develop WordPress themes locally too).

The website is being built ‘mobile-first’ so I’m making it to be displayed well on small screens as a priority. My main consideration initially was having a menu that works on smaller screens which is navigationally important user experience. It’s nothing fancy, a simple menu button that once clicked animates as it opens/drops down with a nice ‘x’ appearing under the original menu button. I built it to animate using JavaScript and made it dynamic by programming a simple algorithm that counts the menu items and adds some base numbers to determine the height to animate the menu’s container to. Simple. I needed to make this as dynamic as possible (i.e. the website knowing what to do when new menu items are added) because it will make things easier going forward as the website develops.

Office space, office space, office space. The bane of my life. Finding that right balance of cost vs. space vs. location vs. lease is a tricky one. Ideally I want a monthly contract to begin with in a place easy to get to by train or car, but the more I look the more I’m thinking I should get space in London or get a longer lease around here. I’m optimistically hoping by next week I’ll have something sorted.

I’ve ordered some photography studio gear which will arrive next week.  From past experience, having a clear area to take a few photos for whatever is a must. Sometimes we’ll need a photo of something simple that takes an age to find in the right style on stock photo websites, other times it’s getting those impromptu head shots or making on the fly professional videos. It’s useful to have and IMHO something every agency should have instant access to, even if it’s temporary and can be set up when needed. Modest has a borderless image style and we’re taking all of the photos for the website so the equipment will see good use from day one.

I’ve started to reach out to friends and companies who I’ve previously spoken to about, and have shown interest in working with Modest Industries. I’m not going for the big push yet because good work at this stage is important to me so organically growing the client list and building solid relationships are key. Anyone that has shown early interest therefore has first dibs.

Second week into the new business year and things are moving surprisingly fast. Faster than I had imagined anyway…

I’m sure there are thousands of designers and developers who’d agree that designing and building something for yourself is a completely different ballgame to doing something for a client. The main reason being is that the client gives you at least an outline of what they want, but we’re here thinking we can do anything and everything which is a helluva task to hone in.

I was thinking this would take the whole month but it’s started to shape up pretty quickly (it’s amazing what a couple of coffee overdoses can do). Saying that, I’ve got down the overall website style – clean, minimal and with an attempt at no information overload. I’m looking forward to starting the build of this one.

With the website style defined, I was able to port that over to the business cards which are currently in the process of being printed. I’ve only requested a small run as they may change on the next versions. Some cheeky gold foiling on these too which will look amazing, though saying that – I kept it subtle because as tempting as it was to get my money’s worth, I think a little goes a long way.

The pitch deck is something that I really need to get finished as soon as possible. At the moment it’s not as big a priority as the website, but it’s the next step once I’ve launched the website so I can start contacting potential clients and get a conversation going.

I’ve made more progress than I thought I would have at this stage having done the presentation design and most of the copy. It’s just a case of figuring out the platform I’m going to make it on like Powerpoint, Keynote, PDF – or something completely different like a new platform-agnostic idea I’ve had.

After literally finishing writing about our office space I had an email come through saying that someone sniped us by putting a deposit before us. First lesson in verbal agreements – if someone comes in with a better offer, you’re fucked.

Nevertheless, I’m still optimistic about getting a nice office space… just maybe not quite as big.

Until next time you sexy readers.

Yes. They’re awesome, I don’t tend to put un-awesome stuff on here. But they’re not only awesome, they’re gruesome and most importantly THEY ARE GENIUS! Here are only a couple of pictures, check out the rest of the range here. 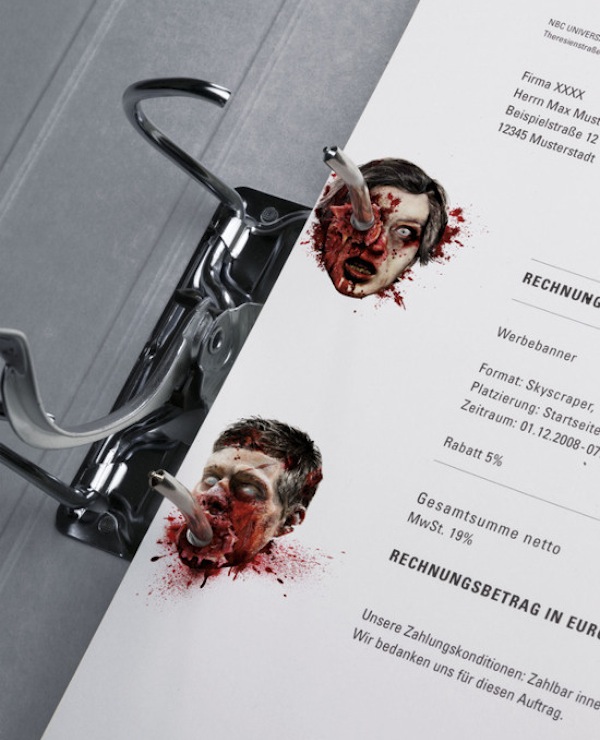 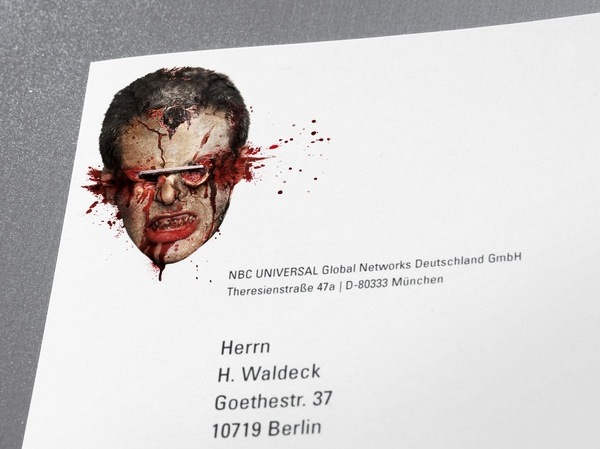